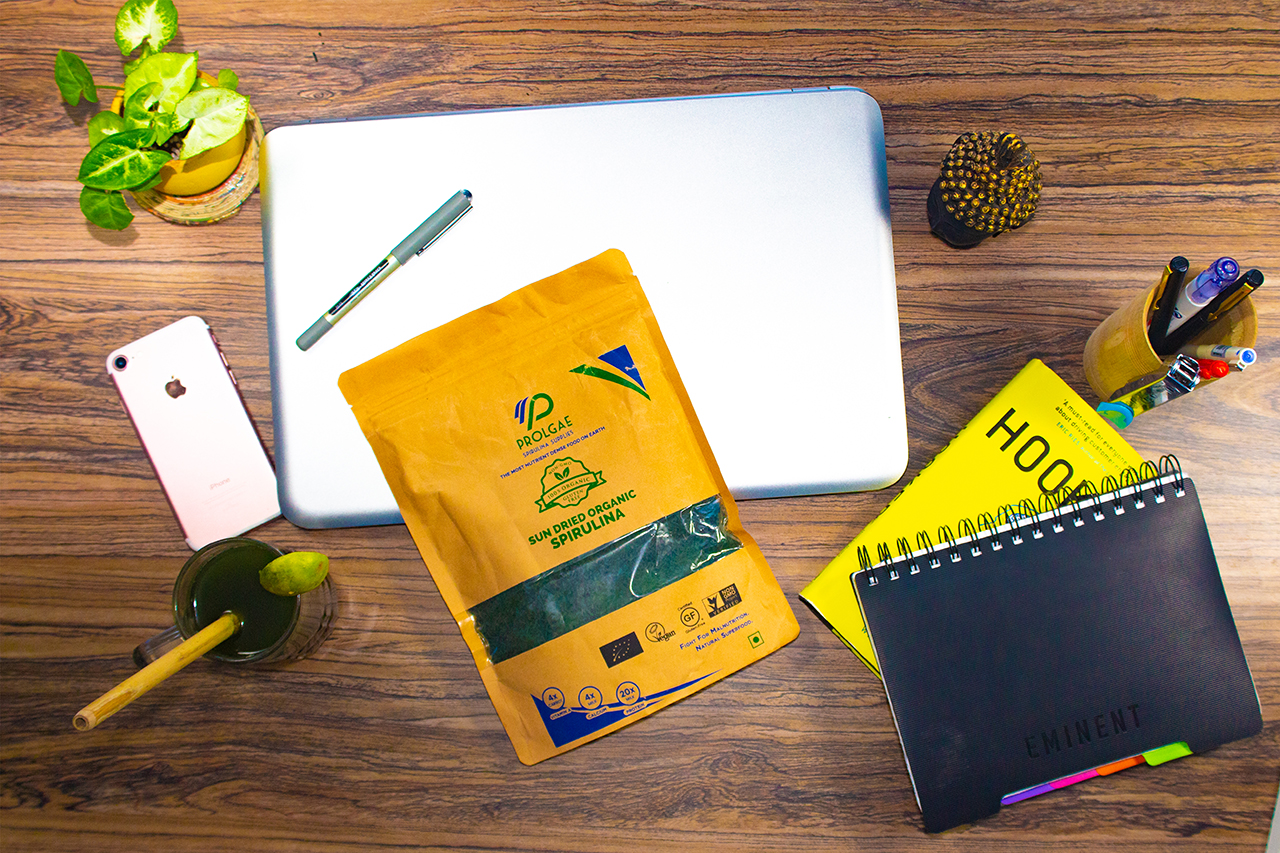 Believed to be the food of 16th century Aztecs, Spirulina drew the attention of the world in early 1970s when the very first Spirulina production plant for mass production was set up. Sometime around 1940, a French scientist intrigued by the length of the lifespan of the natives of Lake Chad (in Africa) and their robust health chanced to observe spirulina being harvested in the region. However, the benefits of spirulina were discovered only much later. In 1970s, a French company started the commercial production of spirulina and later it spread to USA, Japan etc.

In the present times, more than 22 nations worldwide are producing the microalgae while more than 77 countries are using it. Spirulina industry is thriving globally and is considered an excellent source of nutrients. Packed with protein, vitamin B1 (thiamine), vitamin B2 (riboflavin), vitamin B3 (niacin), copper, iron, antioxidants and carotene etc, spirulina is also used as a food colouring agent. Spirulina is robust enough to grow in very alkaline water and is called the superfood for humans.

Proposed by the UN as a source of food for malnourished sections of the society, spirulina production does not require a lot of space for cultivation and is not very water-intensive to cultivate either. It has also been approved as a safe food colourant and imparts a beautiful blue colour to foods, without any fear of unpleasant repercussions on health. The pigment phycocyanin in spirulina lends the blue colour which can be used by itself or mixed with other colours to make purple, green or other unique colours.

Widely popular as a great source of nutrition and muscle repairing agent for those who indulge in grueling workouts, spirulina has antiparasitic, antibacterial, anticancer and antiviral properties. Its nutritional quotient is excellent and health benefits are numerous. Spirulina based dietary supplements are all the rage these days, especially among vegetarians and vegans who are in need of a good protein source and those who want to lose weight but not miss out on nutrition. Spirulina is an excellent metabolism booster and can also alleviate nasal inflammation.

Those who want to make spirulina a part of their daily diet can consume it as a dry powder (add it to smoothies, sprinkle on salads, stir in juices) or as a tablet. It can be taken at any time of the day and while the standard dose of spirulina is up to 3 grams a day, up to 10 grams a day is also safe and effective. Blue algae lattes might soon be the most sought after health drink!

Prolgae brings you organic spirulina in the form of powder and nibs/ flakes at affordable prices. The spirulina for these is grown in scenic Karur in Tamil Nadu, India, with utmost quality control and efficient farming process, and is only sun-dried to not only retain all the natural goodness but to also give you extra benefit of vitamin D. Take charge of your choices, make healthy living a priority and make Prolgae a daily habit!